David Lardi is Musical Director of Finchley Chamber Choir, including our joint concerts with Finchley Symphony Orchestra. Born in Manchester, he studied at Trinity College of Music in London and was subsequently a Professor there for over 20 years.

David also studied for two years with Franco Ferrara at the Accademia Musicale, Siena, where he was awarded the Diploma di Merito. He has conducted all over England as well as in Italy, Germany and the Czech Republic, working with many different orchestras and choirs, and some of today's leading soloists.

For over 40 years, David was conductor of Finchley Symphony Orchestra and of the North London Symphony Orchestra. He has conducted on ITV and recorded for the BBC, LWT and Italian Radio, and has an extensive repertoire of over 1,000 works. His broadcasts include BBC Radio 4 and Radio 3 where he has been interviewed by Petroc Trelawney. 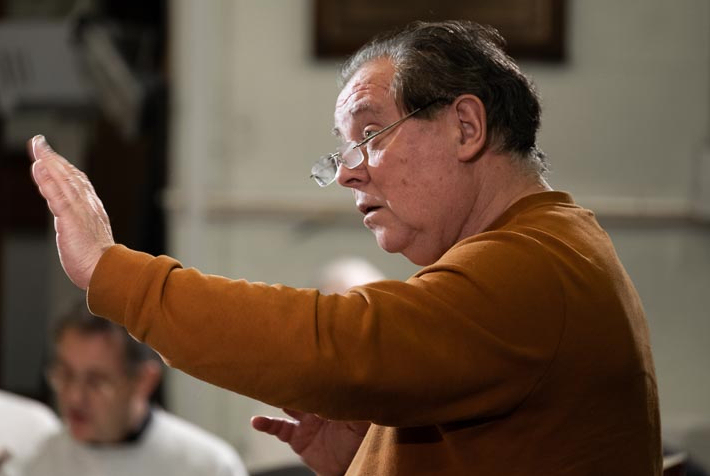